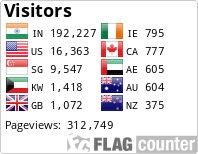 In an effort to tackle sleep apnea, a disorder prevalent among 19 per cent of men and eight per cent of women in India, six engineering students have created a cost-effective diagnostic tool prototype for home use. Funded by the MIT Media Lab, the prototype called Apnea and Rest Analysis Mask (ARAM) is currently being tested at the Hinduja hospital in Mahim.

The team, comprising of Trivikram Annamalai and Aditya Gupte from IIT-Bombay, Anchit Srivastava from Mumbai University, Sujeeth Pareddy from BITS Pilani, Swadhin Thakker from VJTI and Dhruv Joshi from LG Prasad Eye Institute, has been working on the project since July last year.

“The tests for sleep apnea in a hospital are very expensive. A single night’s test can cost anywhere from Rs 8,000-15,000. ARAM solves that problem as the patients can now monitor themselves at home,” said Gupte. The team has built the prototype for Rs 30,000 and hopes to make it even more affordable in future.

With five kinds of sensors, ARAM is a wearable, reusable diagnostic mask for mass-screening at home. As a part of their research, the team of six engineers conducted a Harvard-recommended survey to diagnose sleep apnea in 200 professionals in Powai.

“We found in our sample, which consisted of people 20-40 years of age, that 83 per cent of people did not know about sleep apnea and 34 per cent of them showed symptoms of suffering from it,” said Trivikram Annamalai, a Masters student of Industrial Design Centre at IIT Bombay. With the testing already underway at Hinduja Hospital, the team is now in talks with the Seven Hills hospital in Andheri (E) for further testing.

Various sensors are present within the mask of ARAM, including pressure censor, microphone to measure snoring level and accelerometer to measure body movement. It can be worn through the night as the captured data is uploaded on a server. The data is then sent to a doctor online, who can recommend the treatment. “We have been testing ARAM with the state-of-the-art equipment at Hinduja, which has more sensors. By comparing the two, we can develop our prototype better,” said Gupte, a PhD student in Aerospace Engineering, IIT-Bombay.

WHAT IS SLEEP APNEA

♦ Sleep apnea is a type of sleep disorder characterised by pauses in breathing or instances of shallow or infrequent breathing during sleep.

♦ Each pause in breathing, called an apnea, can last for several seconds to several minutes, and may occur 5 to 30 times or more in an hour.

Share this to those who will benefit from the information:

By mbcet in Awards, Engineering Education, Engineering Research, Press News on 15/02/2015.
← Swachh Bot Robot joins Clean India mission; Students of Kidobotikz, an institution that teaches how to build robots SCMS Institute, Kochi has filed for a US patent of biofuel from coconut oil →

Engineering, Science & Technology Resources Portal... Where Teaching and Learning in a Networked World…